Whether you’re “chronically online” or an ordinary 21st-century human, the internet isn’t a bad place to go when lonely. From social media to online dating, there’s no end of services to help you achieve connection. Another way to do this is by discovering adult classifieds, like Craig’s List Personals. In fact, many people prefer this method for casual sexual encounters. Why? The anonymity, the “no strings attached” attitude, and—honestly—the explicitness. (Look, we all know “lonely” is slang for horny.) Sadly, this corner of the internet is a thing of the past. But that doesn’t mean you have to say goodbye to all that good spank bank material. Join us for a jaunt down memory lane as we share what CL’s Personals was, and what to use instead. 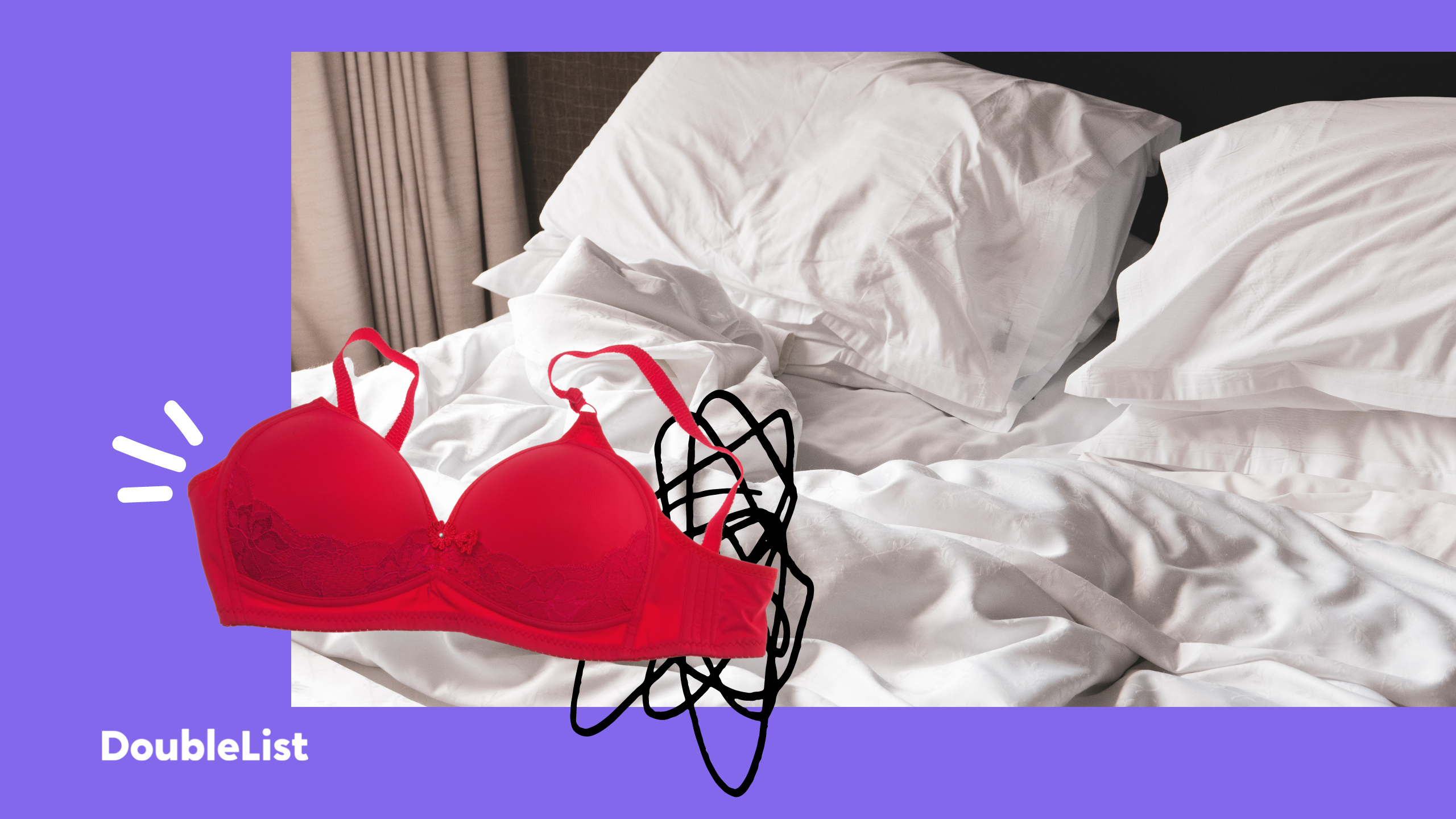 Until 2018 Craig’s List Personals (also known as Craigslist Personals) was part of the greater CL site. In this section, you could go to put up a personal ad or respond to one. Basically, you’d log on to the CL domain for your area and click on “Personals”. From there you’d enter this world of users seeking out casual dating, nudes, hookups, a bunch of phone sex, etc. The site was a great alternative to online dating because you didn’t have to give personally identifying info. This not only made it a haven for your average sexually frustrated single. The community was also a popular hangout for LGBTQ people. (How else could a closeted person get off than by putting up a “man for man” craigslist ad?) So why do you need a replacement for this webpage? Because Craigslist shut down the page after congress passed a bill to crack down on trafficking. Any sort of illegal activity was never encouraged on the Personals, nor was it the intention of the page. But CL’s company feared that because of how the site functioned, it was too easy to abuse. Before that unhappy ending, however, the personals created its own unique Craigslist community. Next, we’ll give you a closer look at some of their subgroups. 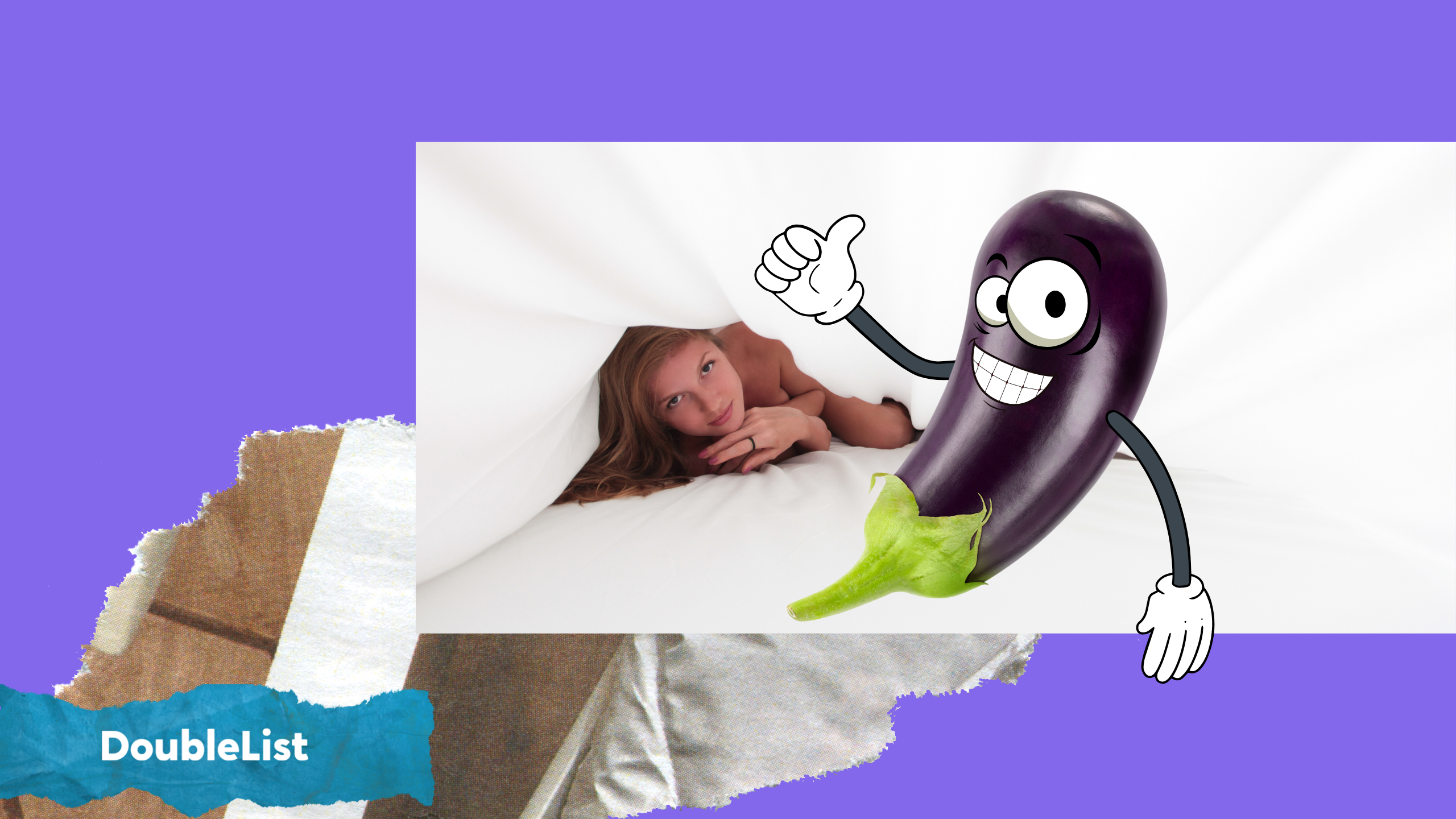 Craig’s List Personals wasn’t just a gay safe haven. It was also popular for people with a straight sexual orientation. One of the most popular categories in fact was Craigs List men seeking women. If you’re not familiar with the lingo on personal ad sites, that means men looking for women partners/dates/hookups, etc. It’s also known as “man for woman” or shortened to m4w. What were these users like? The personals had plenty of regular dudes trying to get a date. Some were looking for a life-long connection. And then there were plenty of guys who just really wanted nudes. No shame; we get it. Personal ad sites allow you to state your specific kinks and desires explicitly, along with your physical wants. So many guys did just that, writing graphic descriptions of the type of lady that would wet their whistle. 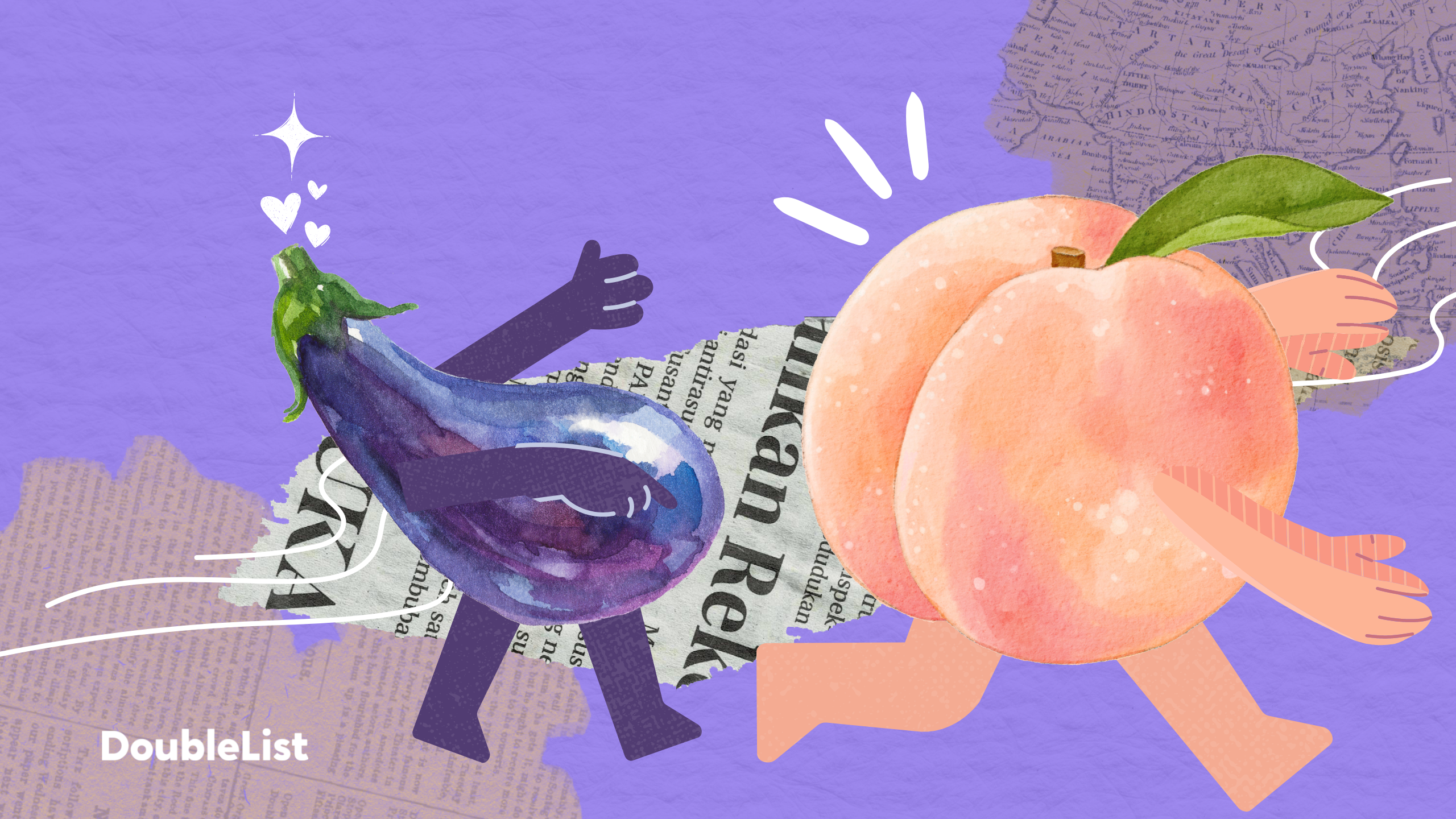 What about the Craigs List for women? Don’t worry. They were getting it on too. Like their male counterparts, ladies on the Personals sought real connections and flings. There were loads of women seeking men, women seeking women, and so on. That said, many women played it safer than the fellas. This goes for any personal ad site like Craigslist or dating in general. Whether you’re online or at a bar, creeps pop up. If a woman were looking to meet up with someone they connected with on CL, they’d often ask for some way to verify who they were talking to. But if things were safe and smooth sailing, the good times rolled. 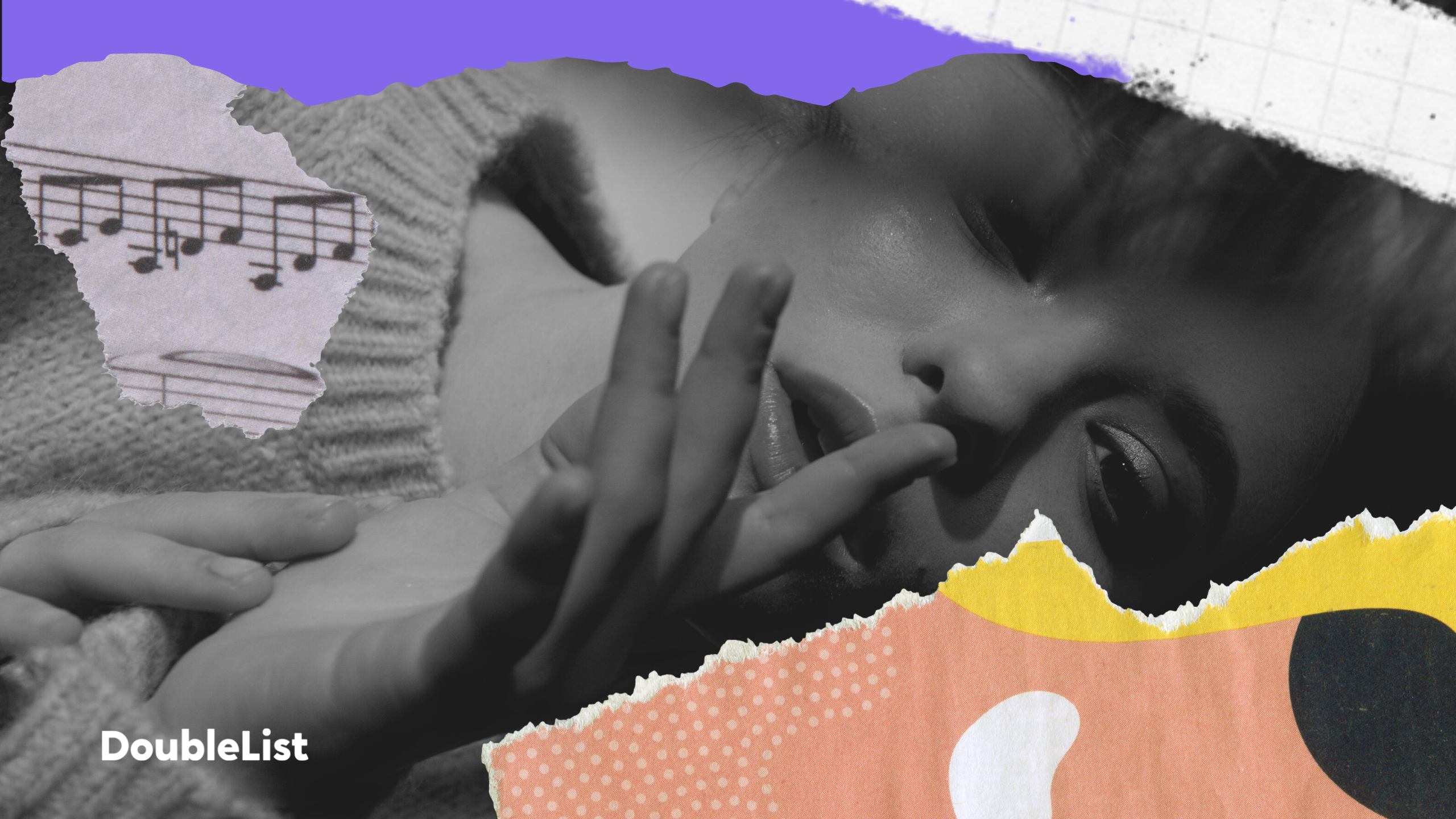 While Craig’s List Personals was the most popular Craigs List Dating section, it wasn’t the only one. Let’s say you wanted to spark romance with someone you briefly passed in the grocery store instead. Then Missed Connections was for you. In this forum, you could still write or respond to posts. But the idea was to reconnect with someone you ran into in the real world. These posts were much more flowery, funny, or just plain longer than the classifieds. Think more pining love story, less one-night stand. Or at least, that’s how it used to be. No, the site didn’t shutter like the Personals. But all the users who once posted there just moved their activities over to Missed Connections after 2018. Because these two audiences are so different, the original style of Missed Connections disappeared.

Yes and No. There can’t be sex workers or “Hookers” on Craig’s List Personals because it doesn’t exist anymore. And again, those adult classifieds never intentionally courted illicit activities. But are there sex workers on CL in general? Yes. Especially in the past. Back in the day, the website had another forum called “Adult Services.” However, it closed in 2010. CL doesn’t condone sex work today, and they’ve tried to scrub it from the site altogether. But you’ll find it if you look hard enough. You might see a suspicious ad in the Missed Connections forum or on totally unrelated sections. As sex work is illegal in the US—except some of Nevada—we don’t recommend searching for it on Craigslist or elsewhere. 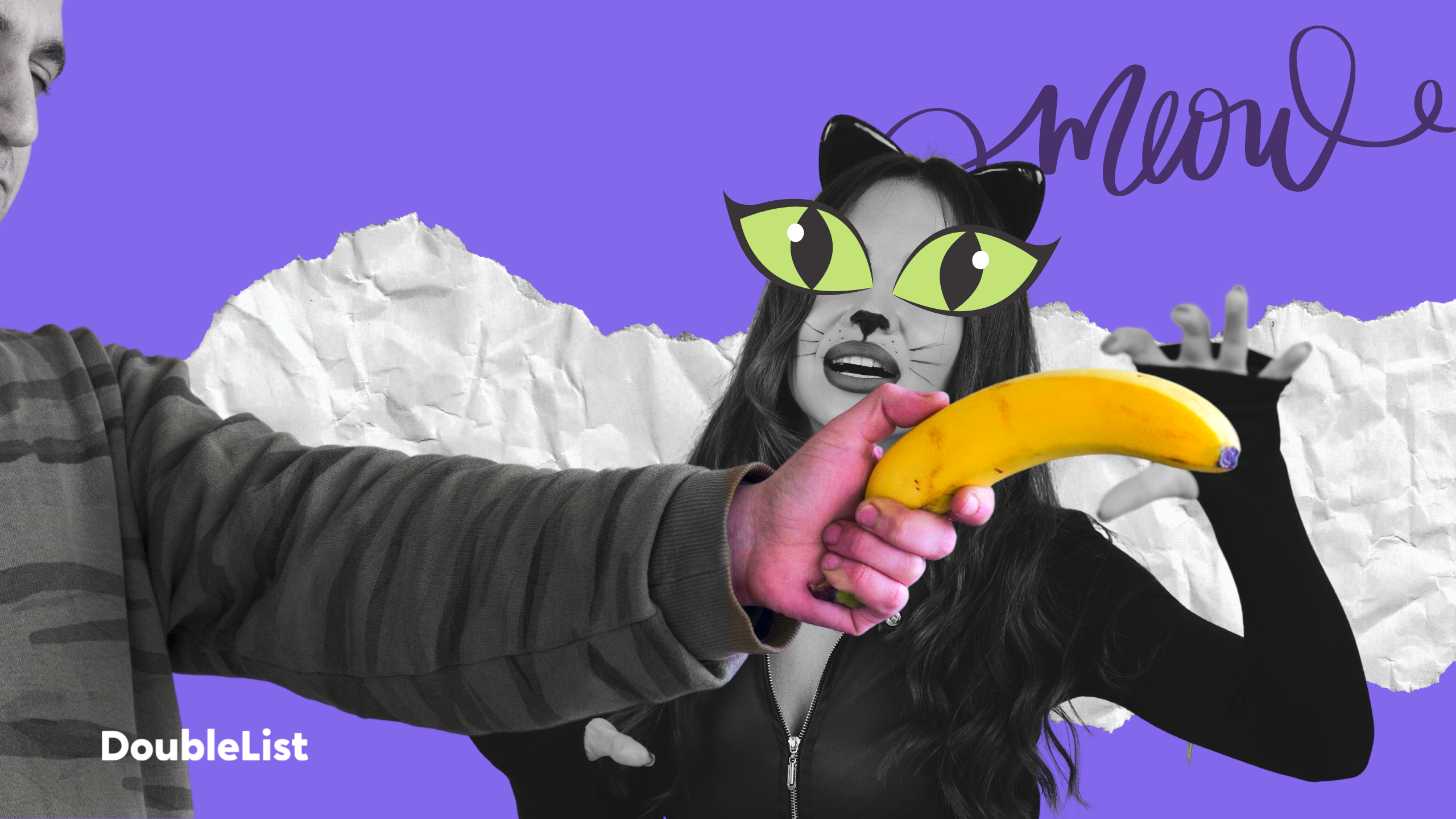 Did you enjoy your Craig’s List Personals history lesson? Good. Now we’re getting into the juicy stuff. Since CL doesn’t run personal ads anymore, you’ll need another way to get in on the debauchery. Millions of options pop up if you search for sites like Craigslist Personals. Some are hokey pages with no users, some are scams, and some hit the spot. Lucky for you, we’re saving you time and trouble. Here are the only two sites worth checking.

Perhaps one of the most well-known Craig’s List Personals alternatives is Adult Friend Finder. AFF is bursting with explicit content, from webcam footage to nudes to dirty chatting. All their userbase is raring to go, so if you make an account, get ready to get off ASAP. Plus, if you want to cum on the go, they’ve got you covered with a mobile app version. The downsides of AdultFriendFinder? Unlike Craigslist personals, this site is only for sex. If you’re looking for something resembling a conventional relationship or date, keep searching. Another negative is the swarm of bots and fake users. AFF uses some verification measures to cut down on this. But overall, you still run the risk of getting catfished or scammed. Last but not least, the payment. Sure, it’s free to make an account. However, you’ll have to pay to use most of the features (or seem more legit to other users).

If you want a site that’s as close to Craig’s List Personals as possible, DoubleList is your answer. It’s the best place for simple, straightforward adult classifieds. Like Craigslist, DoubleList has city-specific forums for classifieds. You can create an ad for m4w, m4m, w4m, w4w, or any other combination you desire. Users can start relationships, friendships, friends with benefits, and one-night stand scenarios. You can even dive into raunchier arrangements like exchanging nudes, camming, or orgies. Doublelist is also open to everyone, regardless of sexuality or gender. Whether you’re looking for gay personals to replace craigslist, or you’re straight, we’ve got your back. And of course, your anonymity is our top priority. Unlike other dating and hookup services, you don’t have to give a ton of personal data. To set up an account, you just pop in your email, come up with a nickname, and start surfing our listings. Sign up today! 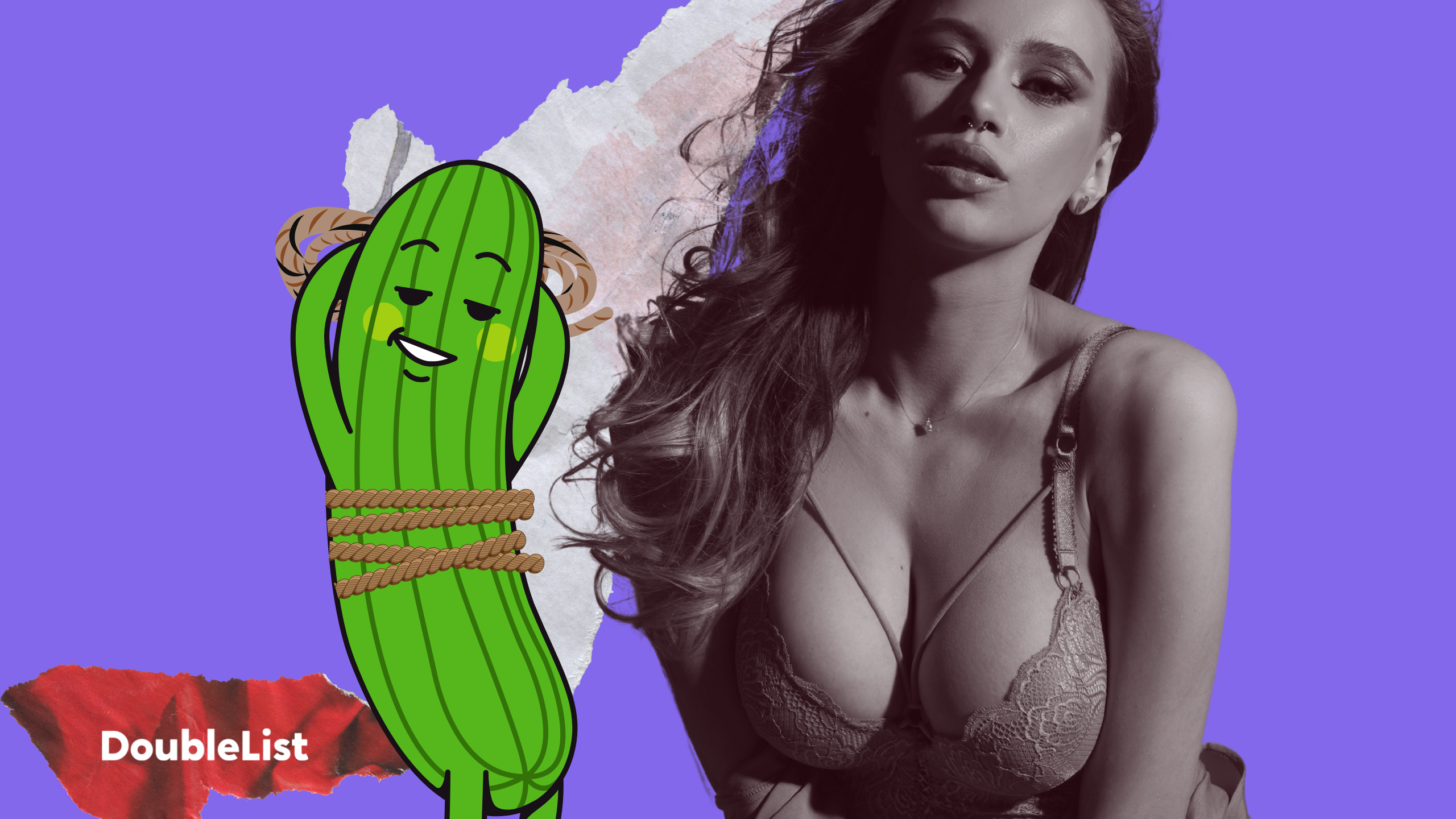 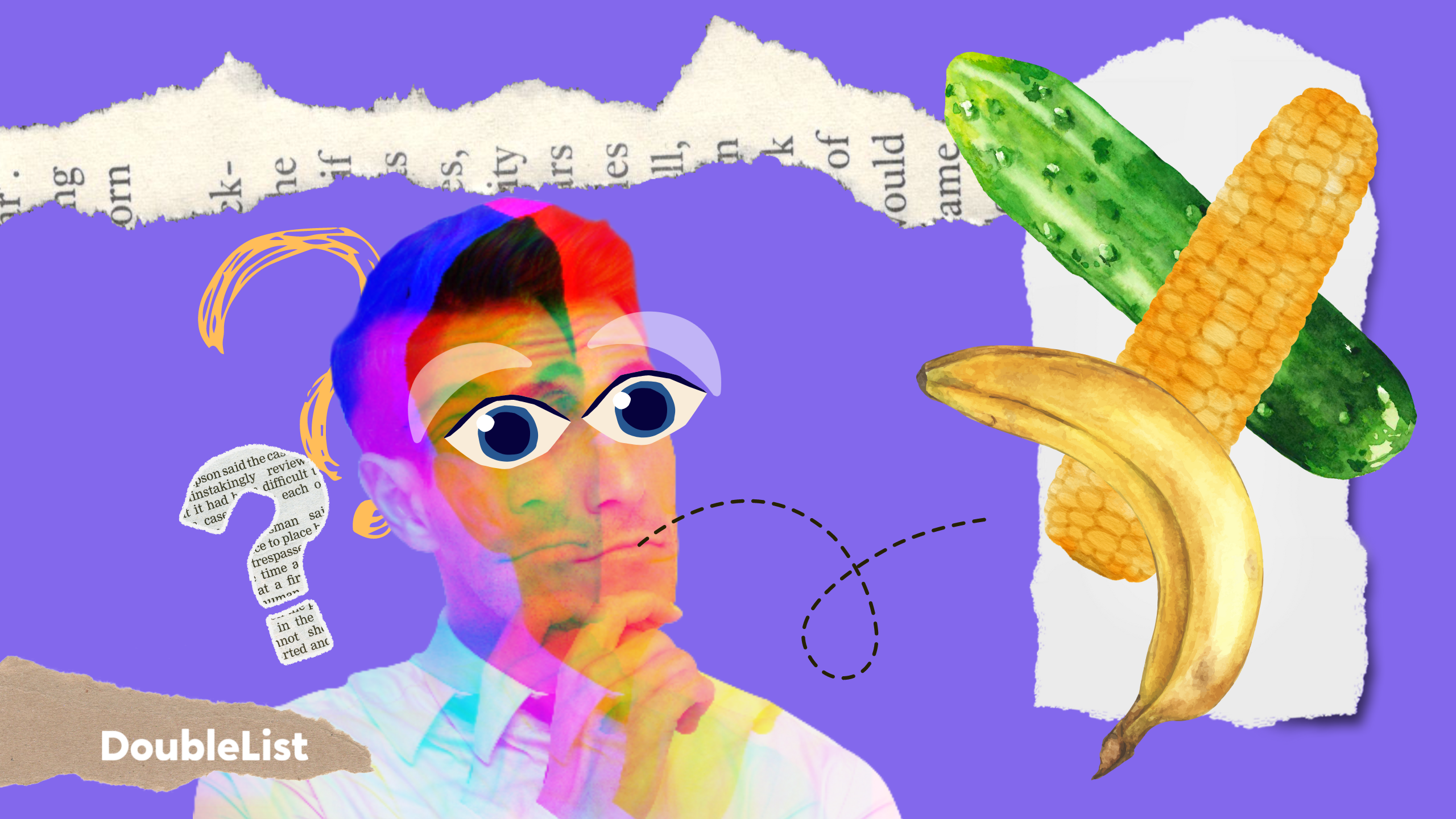 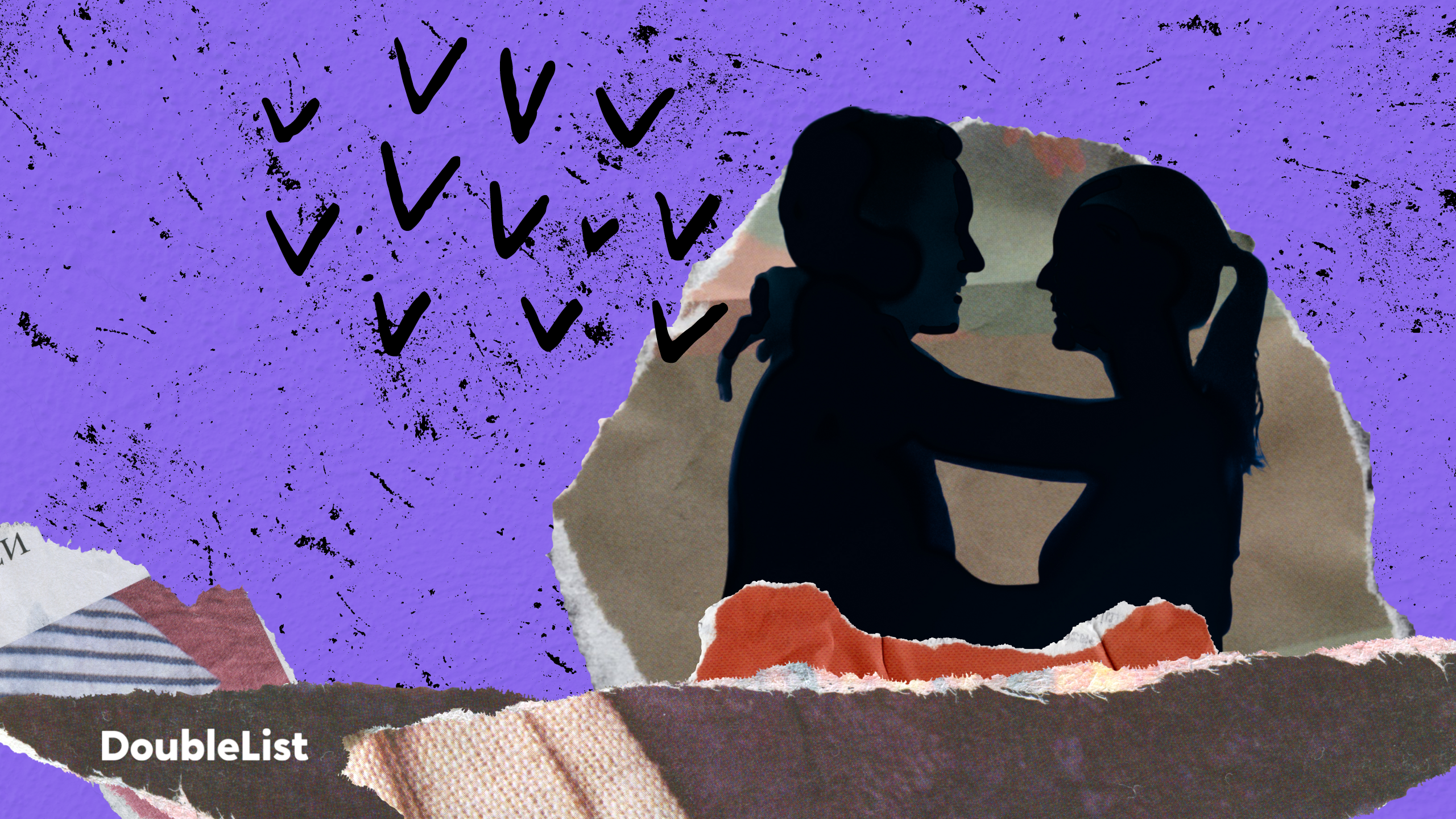 What are Adult Personals 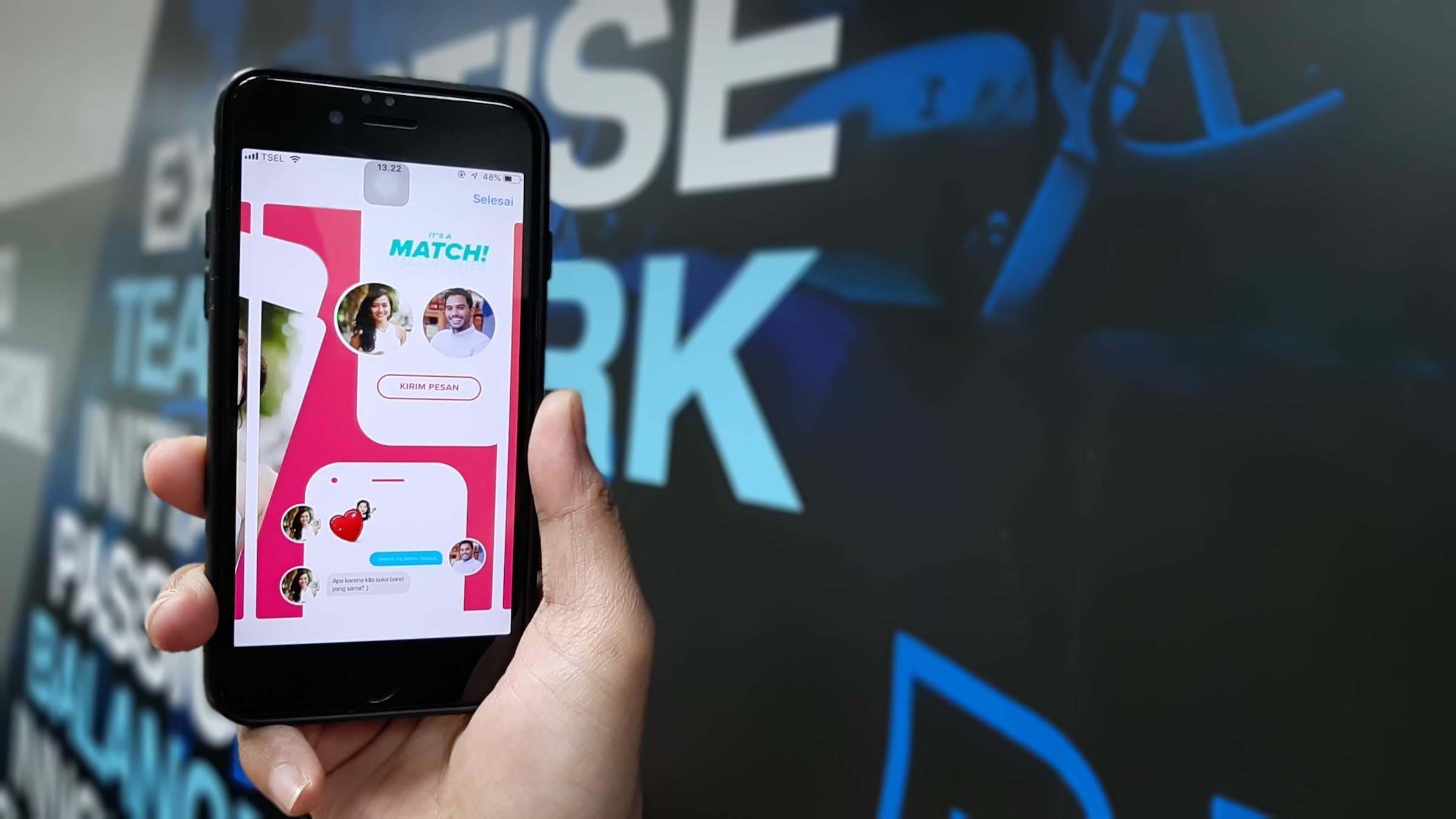 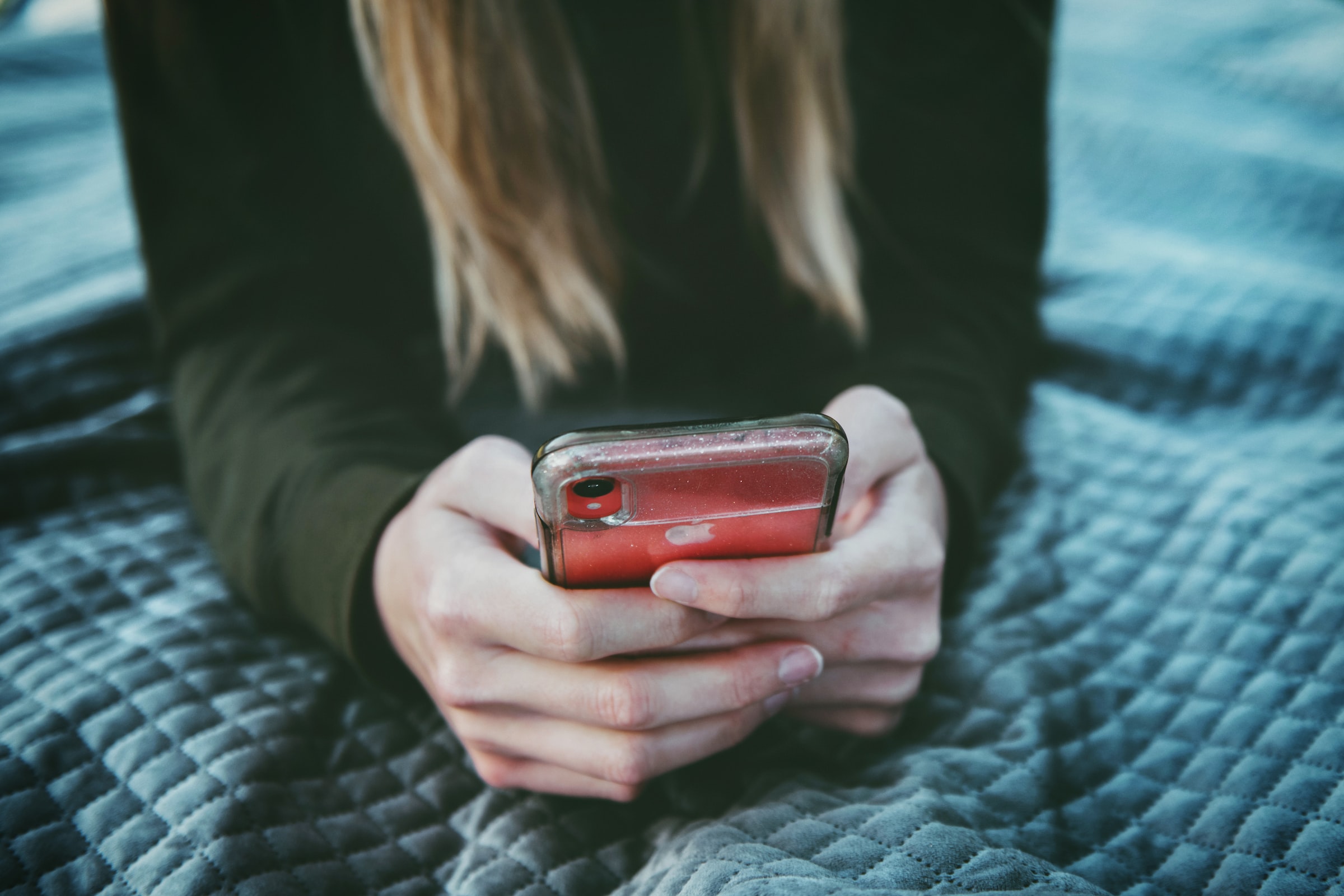