Best Gay Clubs in San Francisco to Party the Night Away

It’s the city that waved the rainbow flag for the very first time. This place is home to Harvey Milk, the first openly gay elected official in the country. This is the first US city to legalize gay marriage. It hosts the most fabulous Pride parade year in and year out. It’s no wonder that every rainbow road leads to San Francisco. If you wear your rainbow heart on your sleeve and find yourself in the Golden City, you have to check out the best gay clubs in San Francisco! 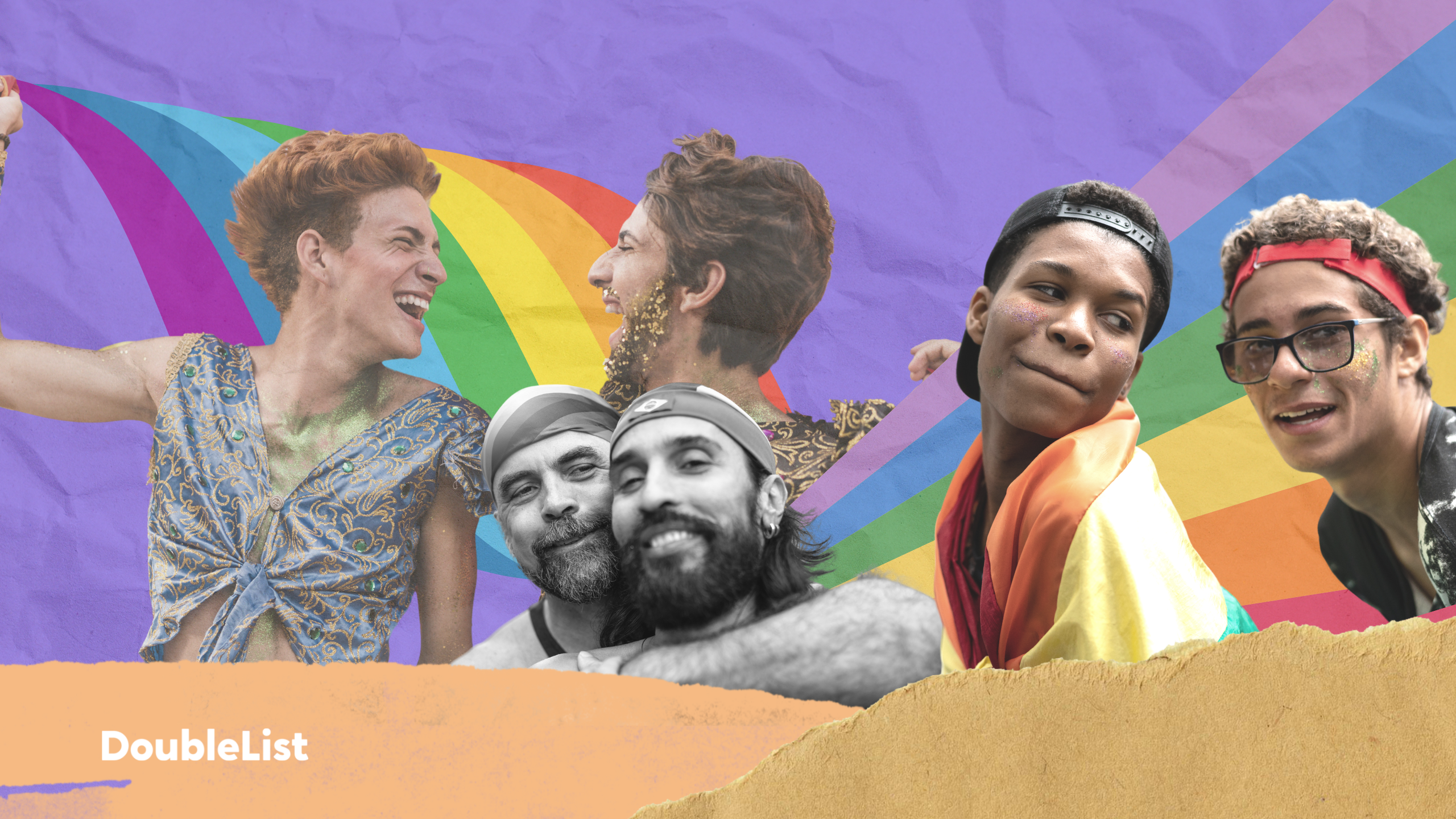 Where can you find the best nightlife for gays in San Francisco?

San Francisco has been celebrating the LGBTQ+ community since the early 20th century and has made itself known as a major hub for gay nightlife. You’ll find a staggering array of bars and clubs in the city that welcome sexual orientations of all stripes. But there’s one area in San Fran synonymous with gay culture, and it’s the Castro District. If you’re looking for the best gay clubs in San Francisco, the Castro District should be your first stop. The oldest gay district in the country, Castro continues to be a prominent symbol of the LGBTQ+ movement. Soak up the rich history of gay culture during the day, and then explore the diverse selection of gay venues it has to offer when nighttime comes.

Your guide to the best gay clubs in San Francisco

One night is too short to visit all the hottest hot spots for LGBTQ nightlife in San Fran. So we have come up with this list of the best gay clubs in san Francisco so you won’t miss out on an epic night of revelry. These destinations are definitely great alternatives to the now defunct gay Craigslist section!

The best gay club in San Francisco offering a little bit of everything: Toad Hall Bar

Offering “regular drag events, karaoke, dance competitions, beer busts, and more”, Toad Hall Bar offers a little bit of everything. Let loose on the busy dance floor or hang out with friends while sipping cocktails on the patio. Toad Hall Bar is located at 4146 18th Street in the heart of the Castro District.

The bold and striking artwork covering the whole exterior of Oasis shouts, “one of the best gay clubs in San Francisco!” The building used to be a bathhouse before being converted into a spectacular and daring monument to all things fabulous and gay! Oasis is a club and cabaret theater owned and conceptualized by San Francisco drag legends, Heklina and D’Arcy Drollinger. Its most popular attraction is Mother, the themed drag performance held every Saturday. You can expect a splendid spectacle each week, with the Queens doing a Lady Gaga tribute, a Sia vs Lana Del Rey revue, impersonations of Disney princesses, and more. The sprawling, 8,000-foot space also hosts DJed dance parties and comedy shows that reinterpret classic TV shows, like The Golden Girls, Sex and the City, and Buffy the Vampire Slayer. While Oasis is a relatively new establishment, the drag bar and nightclub became an instant success given the immense talent and dazzling entertainment it offers. Oasis is located at 298 Eleventh St., within the popular SoMa neighborhood. 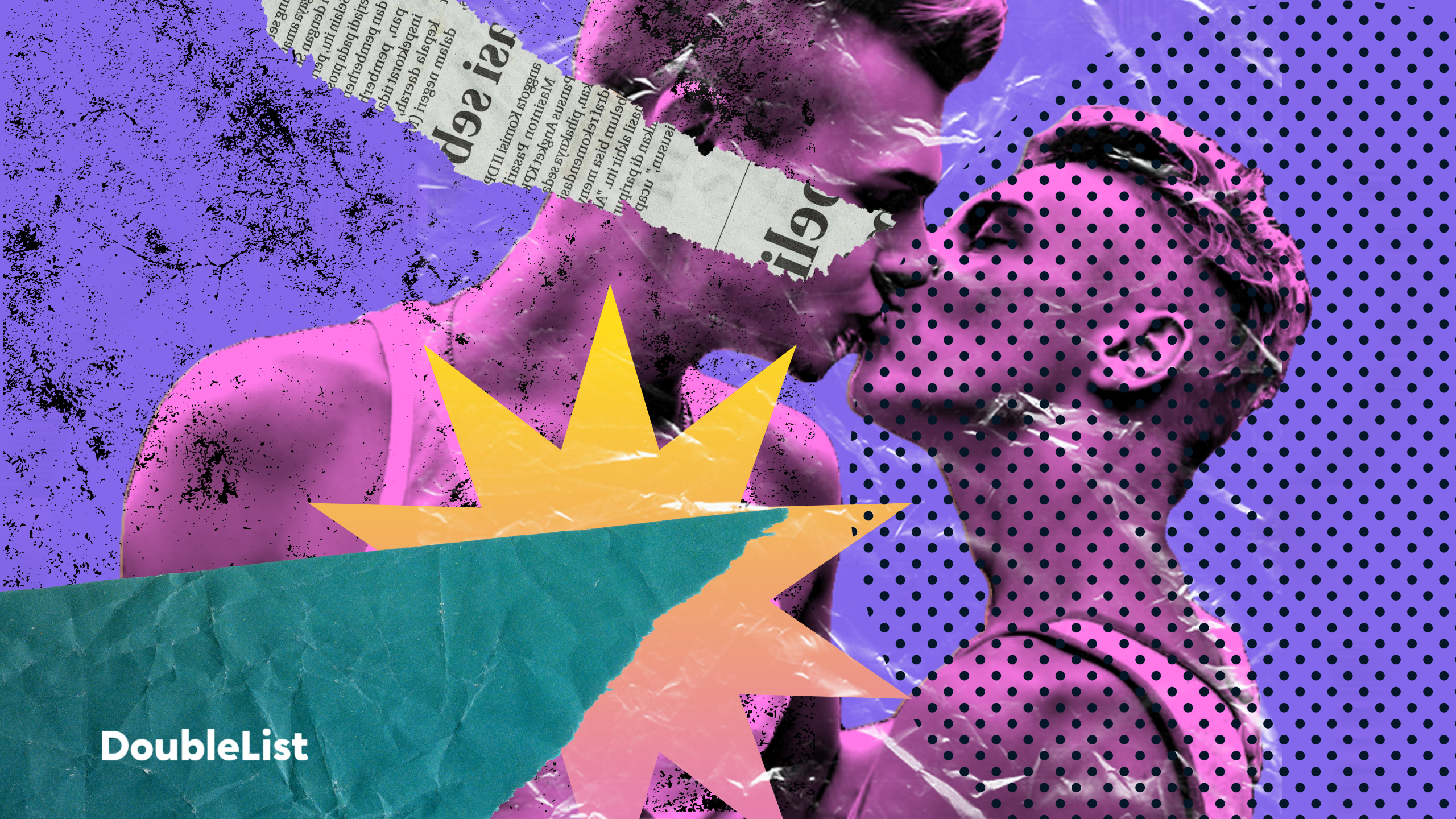 The best gay club in San Francisco for a wild time: SF Eagle

Get your buzz and join dozens of other revelers partaking of SF Eagle’s Sunday beer busts with its $15-all-you-can-drink beer. Or go wild on a Friday or Saturday night when you watch or participate in lube wrestling, the popular Gaymer Nights, or a cross-generational trans-galactic discotheque. Mondays are for karaoke, and first Fridays offer Queer Leather Happy Hour. SF Eagle is an iconic biker bar that welcomes not only leather-clad bears but also rollicking lesbians, tiny twinks, and every other fun-loving stripe in the community. It’s located at 398 12th Street.

The best gay club in San Francisco for lesbians: Wild Side West

Wild Side West has been around since 1962 and continues to hold its own as one of the best gay clubs in San Francisco. This dive bar is wildly popular among lesbians, queer women, and everyone who loves them. Wild Side West is an authentic tavern and a true San Franciscan institution. It was named after the Barbara Stanwyck film "Walk on the Wild Side," and founded by out and proud lesbians Pat Ramseyer and Nancy White. You can enjoy a laid-back evening drinking beer, shooting pool, or watching sports most nights of the week. Wednesdays are trivia-and-comedy nights, hosted by the irreverent Miss Kitty. The bar also features two outdoor spaces; the ground-level patio and the sculpture-filled beer garden. Wild Side West is located at 424 Cortland Avenue in Bernal Heights. 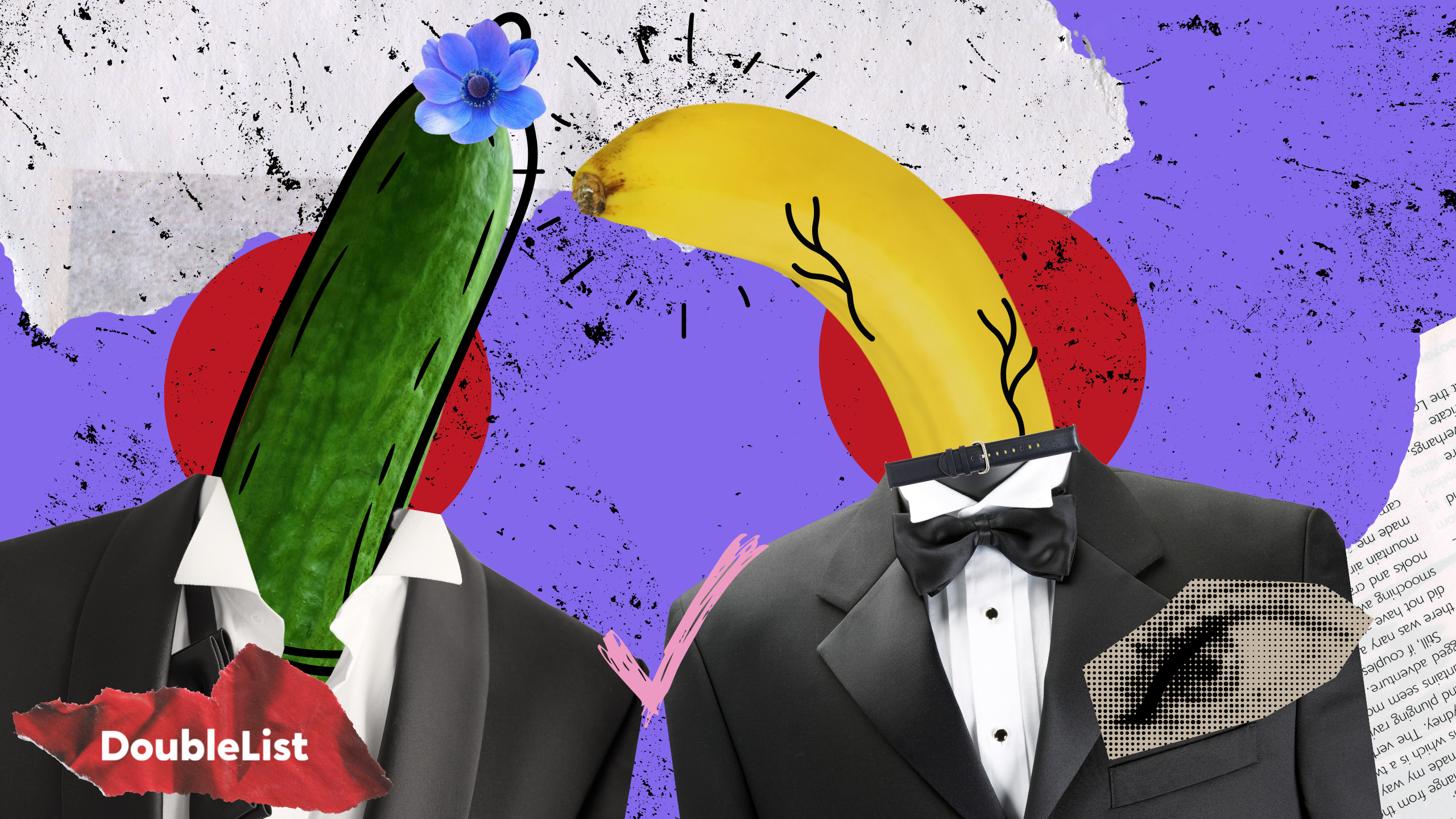 The best gay club in San Francisco for bears: 440 Castro

Your friendly, neighborhood gay bar for bears and bear lovers alike! Weekly specials at 440 Castro include the infamous Underwear Night on Mondays,three-dollar beer all day and all night on Tuesdays, and the buy-one-get-one cocktail on Woody Wednesdays and on Wooden Nickel weekends. In case you still need help finding the place, 440 Castro is located at 440 Castro Street.

Voted the best Happy Hour in SF with its two-for-one everything every day until 9 pm, Midnight Sun deserves its place on our list of the best gay clubs in San Francisco. Midnight Sun “is the nation’s premier LGBTQIA+ video bar” and has been servicing the community right at the heart of the Castro for more than 50 years.

Its weekly lineup of events includes:

Midnight Sun is located at 4067 18th Street in the Castro District.

If you’re the party-hard kind and prefer a clubby vibe, you can dance your heart out at Beaux SF, the best gay dance club in San Francisco. Beaux is also well known for its attractive go-go dancers and just as delectable patrons. A premier LGBTQIA+ venue, the club offers a 2-for-1 cocktail Happy Hour Mondays through Fridays, from 3 to 7 pm, and a party every night of the week, starting at 9 pm. A craft cocktail lounge by day, Beaux transforms into a dance club at night, with revolving themed parties. Themed nights include Vamp Mondays, Iconique Tuesdays, Pan Dulce Wednesdays, My So-Called Night Thursdays, Manimal Fridays, Nitty Gritty Saturdays, and Big Top Sundays. Beaux is located at 2344 Market Street. 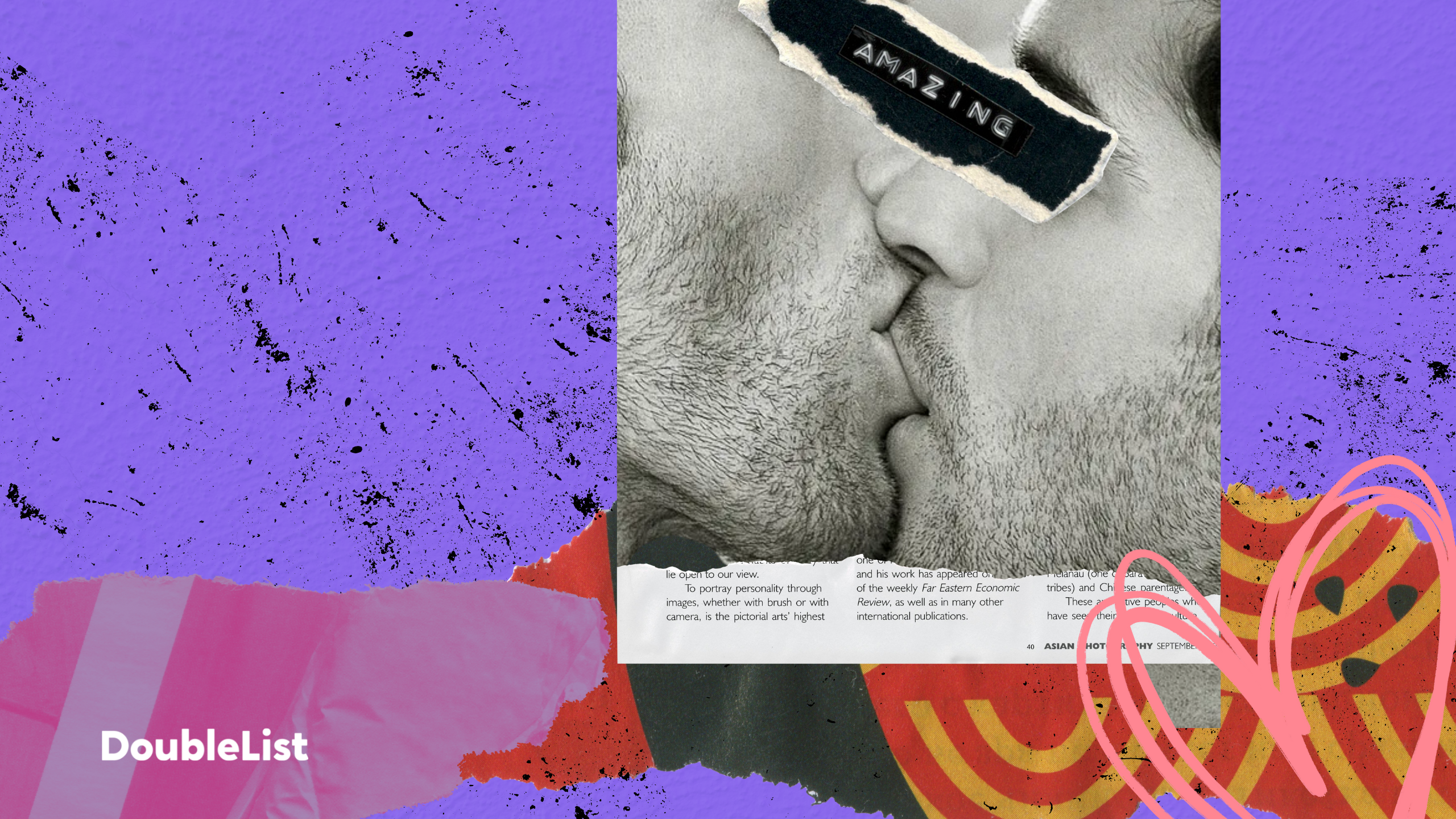 The best social club for the LGBTQ+ community in the country’s gay capital: The Academy

Established in 2017, The Academy is San Francisco's premier LGBTQ+ members-only social club. The establishment makes it to our list of the best gay clubs in San Francisco with its alternative offering of “a community-focused membership club, emphasizing meaningful connections.” As a social club, The Academy is focused on building an inclusive, diverse, and vibrant community and forging lasting connections. The venue is the perfect place for gathering socially. Members get access to a casual daytime co-working space, the Academy Daylight, which features an outdoor garden, private rooms for meetings, comfortable lounge seating, an onsite barbershop/salon, and a speakeasy with a full bar. The Academy also offers artistic, historical, and bar and kitchen classes. Members can participate in community events, games, and other activities. You can learn more about membership on The Academy’s website. Tourists can get a 1-week pass to enjoy The Academy’s perks while in San Fransisco. The Academy is located at 2166 Market Street in the Castro District.

Where to go when you want to hookup in San Francisco

If you’re looking to hook up, there are other options besides the best gay clubs in San Francisco. Perhaps you want a quiet night at home, drinking wine, and exchanging sexy messages online with a potential future hookup. Or you may be in the mood for something easy and satisfying. The best gay clubs in San Francisco are great for a frolicking good time with your partner and friends. But for casual encounters, you won’t miss your target when you’re on DoubleList adult personals SF Bay Area. On DoubleList, you’ll find adult listings that cater to every craving, kink, and fetish. Everybody’s welcome. You can be straight, gay, bi, curious, queer, or a couple; there’s something for everybody on the site. Signing up to become a DoubleList is free and easy. Remain anonymous while you browse through the listings, when you post your ad, or when you reply to a listing. Are you interested in a threesome? Are you into BDSM, or do you have a role-playing fantasy? Do you need nothing more than an NSA one-night stand? You’ll find all these and more on DoubleList! DoubleList is available in more than 248 locations in the United States, so you have great odds of connecting with someone in your area whose needs and desires match yours. Set up your next hookup soon! Sign up for a free account now! 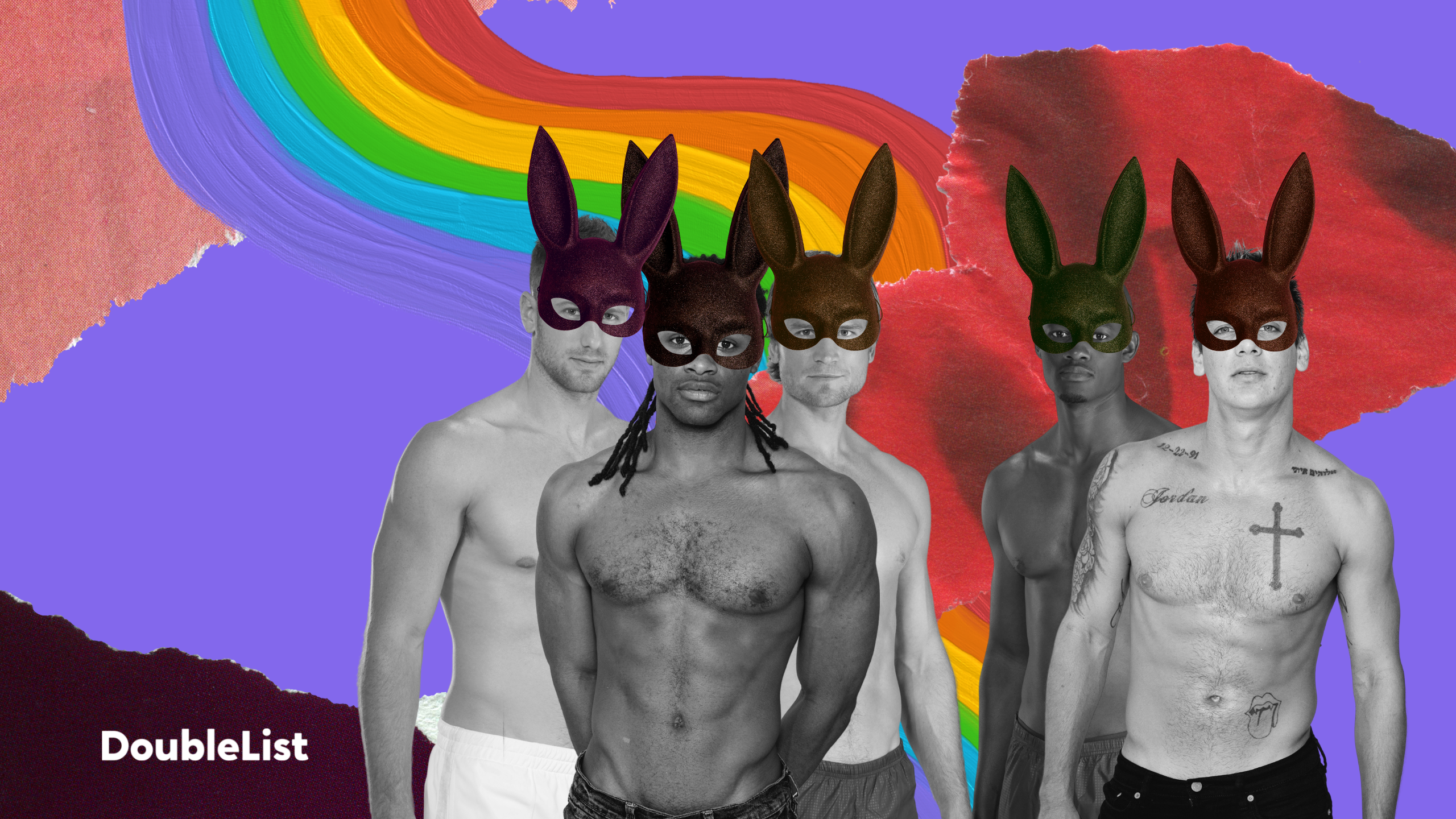 Best Gay Clubs Near Me

Best Gay Bars Near Me